Previous articlePicture of the week #22 : The tightest prisons are those…
Next articleWhat if organizations certified their employee’s digital ID ?
Lire

Summary : what will happen in the Enterprise 2.0 world in 2011. Making predictions is very difficult because many things will depend on what enterprise 2.0 wants to become. After 5 years of experimentations, thoughts, discussions, there’s enough maturity on methodologies, limits, improvements to be made that we should say the big change is on its way. But the road is long from words to actions and many things will depend on enterprise 2.0’s ability to get out of kind of denial of enterprise. Accept to frankly talk about value, put hands into complex and sensitive mechanisms that drives production and execution, forget the idealistic and angelic vision of a dreamt organization driven by passion, openness and nice intentions wlll be key in 2011. What’s at stake : moving forward or losing credibility.

Before trying to guess what the enterprise 2.0 world will look like in 2011, let’s start summing up what has happened since 2006 and what the situation looks like today.

In 2006 Andrew McAfee came to the conclusion that the use of social software could support new ways of working. Nothing more, nothing less. That’s what he called “tech-enabled organization”. These new ways of working being made desirable and even necessary by the evolution of the economy and value creation models, lots of people tried to implement the above mentioned tools. Often without success. Then came the conclusion that (for those who did not get it before…) tools were nothing but enablers (the “tech-enabled” thing in McAfee’s writings is too often overlooked) and that organization, management, people and even culture were parts of the equation.

With time and after lots of experimentations and reflection, it became obvious that the structure of work and organization had to be tackled (read my 2009 and 2010 predictions) to make the change possible and be sure it would improve value creation. What led to a consensus on the need to tackle business processes both for alignment and value creation matters. It was quite a logic conclusion for anyone knowing the deep mechanisms that drives operations and value creations but was light-years away from the dominant doctrine that was nearly exclusively focused on building communities above (and out of) the flow of work. The idea was not to favor the one or the other but to articulate both to meet organization needs and create synergies between unstructured cross-organization exchange dynamics and structured and vertical operation ones.

â€¢ awareness that we have to articule on the flow and above the flow dynamics.

â€¢ awareness that we have to go beyond community dynamics

â€¢ existence of a lot of valuable knowledge and sets of practices about community management. Let’s be honest ; we have “best practices”, heaps of methodology, lots of cases and the tools to support the whole (Cf: the incredible work of the Community Roundtable). More and more people are now able to build and manage successful communities and what gives the opposite feeling is that too many businesses try to turn into communities what is not communities (hence the need to do beyond…)

So everything is alright and enterprise 2.0 won’t experience any issue in 2011. Things are going well, we’re on a straight highway and success is ahead. Problem : it seems we take pleasure driving with he hand brake on.

Have you noticed that few really interesting new things were written or said these last months (I said few..not no) ? That we could republish posts from last year without looking outdated ? There are two ways to explain that : either we were awesome visionaries or … nothing has changed. I think the second option is the right one.

The reason ? The 2.0 microcosm seems to take pleasure in a kind of angelism relying on a “flower power management” that would have fit very well in the 70s. Everything should be about voluntary engagement, passion. Processes are dirty relics from an old world. Value and money too. I don’t even mention ROI. Now there’s a tipping point to go through, things to enact, a direction to take but, beyond a spineless consensus, a kind of discomfort can be felt. It’s hard to leave the land of the dreamt fraternal organization to put the overalls on and go repair the piping and boiler in the engine room.

Everything needed is here to move forward. Now it’s a matter of decision, of courage to move the debate toward more sensitive areas related to the core mechanisms instead of surface social activities.

What makes me think about a few trends for 2011.

1Â°) Futile : Lots of time and energy will be wasted to discuss the compared worthiness of enterprise 2.0 and social business. It will allow to avoid some more critical issues and will leave enterprises in an even more deep confusion. In this case, reason stops where marketing starts. While the name of the solution (enterprises don’t care about) is being discussed, business problems (enterprises care a lot about) still remain.

2Â°) Strategic : Either enterprise 2.0 stays in denial of reality (and even denial of enterprise) or it gets its hands dirty. In the second case we’ll still be discussing how to improve things in one year or two, with tangible and measurable results, in the first enterprises will have given up before. It will not mean the end of the ongoing transformation processus value creation issues will make it vital but the “2.0 and social” part will have lost all its credibility.

Accept to say that an enterprise is, first, here to create value and that this value will have to be shown and measured.

Keep in mind these wise words from Chris Yeh :” If you can’t sell more, buy less, or fire somebody, you’re not getting real ROI.”

Have to courage to talk about things that frighten : rethink work, the way one’s contribution to value creation is measured and rewarded, find financial and accounting indicators that make the new operation model acceptable…

Without clear answers and engagements on these issues it will be impossible to get anywhere. Note that, enterprise 2.0 or not, businesses will have to tackle these issues but if the 2.0 world refuses to open the discussion it will take place later…and without them.

All this needs two things from those who think and those who put the thinking at work : will and courage. If not, we may keep on avoiding the “subjects that frighten” but there will be no excuse to come crying in one year, bemoaning on our lot and cursing theseÂ  “execs that don’t get it”. And be ready to hear things like “lots of people to play with software and have fun in discussions, few to talk about real business”. And it will be well deserved.

So, these questions will be on the 2011 agenda. They’ll be treated…or not. Conclusions will be assumed…or not.

3Â°) Technologic: enterprise 2.0 si not a matter of tools…but may become soon. Nothing will be achieved if tools are still an isolated bubble. Having to tell to employees “then connect to such tools…” means the game is almost lost. Too many products lock people in there own sphere, ergonomy and the integrism of their vision. In structuring-enterprise-wide projects, vendors will have to make efforts (at least..those who are not already following this way) : integration with any kind of traditional tool, ability to use and enrich their application as services, in a social layer shared within the whole corporate IT.

4Â°) Essential: if the right choices are made, then we’ll be able to work on the real mechanisms that help turning the social potential into real value. I said that few interesting new things came these last months, but among the exceptions I’d like to mention this great post by Emmanuele Quintarelli on Adaptive Case Management and Business processes.If we don’t get lost on the road, the future will have to be built on such reflections.

Before leaving you to your real business activities, I suggest we have a look at the definition of enterprise I found on Wikipedia (french edition..). Too often overlooked…

An enterprise is an economic and social structure that groups together human, tangible, intangible (service) and financial means that are combined in an organized way to provide goods or services to customers in a competitive (marker) or non competitive (monopoly) environment with a profitability objective. 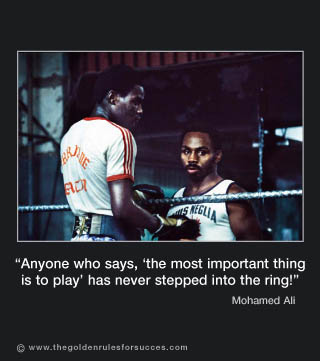 Brands, what are your communities ?

Communities, communities. That word is never out off brands lips to refer to the people they try to communicate with. But, by using the...
Read more
Design

As I said here, one of the things I noticed at the latest 'UNLEASH Conference & Expo edition was the importance given to HR...
Read more
Digital Transformation

Being digital in 2018 : digital is a business matter

Digital is everywhere and since it's everywhere it's nowhere in particular. As I said in my previous post, it's not technology that hinders transformation. Technology...
Read more
Digital Transformation

So you think your brand has a community

From passivity to experience : an history of digital interactions

Since the economy has started its digitization, concepts rise and decline at such a high speed that many people are losing track of what's...
Read more