RÃ©sumÃ© :despite enterprises know they need to change the way they work, they make very slow progress at undertaking a deep change process. The unwieldiness ot their organizational structure is not the only reason to that. People have become the slow factor of change and not only because people don’t like to change. Change implies to re-learn many routines deeply rooted into our minds. If habits are learn young and get rooted over time, we are forced to admit that our education system is key to provide enterprises with a human capital that meet their needs if we don’t want to enter a loose loose game where enterprises struggle to make profess and people lose their added value and their ability to find a job. Enterprises operate in a global context in which they don’t own all the levers and it’s getting essential to build educational systems that favor the learning of collaboration, creativity, mastering a knowledge intensive environment…as well as a proactive attitude toward the emergence of new jobs for people who’ll need to be “oneself entrepreneurs”. Both society and enterprises need new behaviors relying on new values. What means an education system that promotes and teaches them…


Note : This post is mainly bases on my knowledge of the french system but there’s no doubt part of it also applies in many other countries. Those who’d like to know more, laugh or be scares may enjoy this article and all the links it provides.


Despite the fact a wide consensus exists on the need to reinvent the operation and management model, everybody knows it’s far from being easy. In such approaches, people are the slow factor. Their reluctance to change is often mentioned as the main cause but that’s only the visible part of the iceberg. Most of the change process is about unlearning, forgetting wrong reflexes and habits. That’s true for people who’ve been in the workforce for decades but also for the younger. The reason is well known : the “human software” is being programmed from the early years and habits learned young get so deeply rooted that it’s hard to change them afterwards. Contrary, with time, it’s getting harder to acquire new behaviors, most of all when they are the opposite of what has become a part of our unconscious.


In 2006 I wrote on the bad habits we were taught at school, explaining why the damage was already done before people enter the workfoce. Unfortunately, I have not seen any kind of improvement coming and the few smart initiatives are too isolated while we need a critical mass of people sharing the same mindset.

I won’t repeat what I wrote in the above mentioned post. But if people are taught young that “one only learns alone”, “knowledge and ideas have to be kept for oneself”, “others should not know what one thinks or does”, it’s easy to understand how they’ll behave once adult. Ok, when we become older, group work is sometimes required by professors. But it’s too late. Rather than thinking together, share and elaborate a common vision, we only divide tasks up according to what each one is better at and the result of the all the individual work is gathered and stacked up instead of being melt. The final result is the sum of all individual skills, never more, what is not what collaboration is about. Of, course, groups form depending on people’s level…a group of good pupils or students will never allow a less talented one to be burden.


In a knwoledge economy, learning, knowing for the sake of knowing is not enough. We need to understand things, make knowledge ours, be able to understand the context to reuse things later, adapt them. That needs exchanges, explainations, discussions, what are the opposite of our model. Of course, writing pages and pages during classes (most of time, nothing more that what’s in the books) may help to learn. But not to understand. Conversations ? Professors know, pupils listen. And the first is infallible so the second should not ask any question implying a answer like “I’m not sure” or “I need to check”.

In the same way, people able to understand the complexity of our world should not be focused on one only discipline, they need of broader understanding of things and their context. Understanding the world, finding relevant models by learning from the past without making the same mistakes needs some historical, economic, geopolitics backgroup…even for future scientists or people willing to spend their lives working with numbers. Our model makes the young starts specializing too young and overlook lots of matters that would help them understand the context around their major.

Innovation is key for the futur of enterprises…and their employee’s. Employees need to be more and more creative to perform jobs where they’ll spend most of their time solving problems. By the way this is an emerging trend : we can see more of more literary or human science minded people hired for jobs usually reserved to people graduated from a business or engineering schools. But when we see the room left for easy-learning matters in our system and the few attention they are given (being good at such matters is not “serious” and is seen as a waste of time), there are few chances things improve. Moreover, pupils get over specialized too young what causes obvious downsides : knowledge is already in silos and people specializing and different disciplines never have opportunity to interact the one with the other. Even if some business, engineering and art schools are beginning to partner it’s too few, too late. And university students are left aside.


It’s obvious that the new generations don’t need anything from the education system to perfectly master new technologies and their usage. Sure ? In their private life yes, at work no.

The system is happy to count the number of devices available per student. (In fact in “Grandes Ecoles” we have devices per student, elsewhere we have students per device). That’s not enough anymore and, mots of all, this is not relevant. What matters is how these tools are used for collaborative work in a connected context. It implies an adapted educational approach that takes this need into account. When ? In a centry…maybe. Finding, processing, sharing and improving information is at least as essential as writing and learning and the education factory still produces “lost in information” people.

When we talk about new media at school that’s for two reasons : the danger of social networks and the risk of being given wrong information. So the kids needs to be protected against the first and be kept in an environment of “validated” information ony. What a pity. The world is what it is and the online world is only a consequence of the offline one with its risks and opportunities. Instead of being told (and forced…) to stay away from this dangerous world, pupils should be taught how to move in this word, understand the risks and make the best from opportunities. As for information, the young need to improve their judgement, verify, check, validate by themselves without taking anything for granted. But if the knowledgeable people who teach them see judgement as a risk for their own status….

We live in a world where occupations appear and disappear very quickly. And when they survive they change so deeply over time that people need to continually adapt. So they should learn to permanently learn, detect the emerging trends, improve their skills by themselves, reinvent their job, surf of what emerges instead of sinking what’s about to disappear. They should learn to be very proactive and not to wait that a training falling from the skies (or from the HR offices) come to save their life.

But people are still learning a job rather than to manage a skills portfolio.

To innovate and improve one need to learn how to fail successfully. We’re fare frpm that. Grading systems are not designed to help improvement and when tests are handed back, more time is spent to criticize those who have bad marks than to congratulate those who have good ones. Good way to demotivate both. Generally speaking, it’s a system which only purpose is to punish those who make mistakes instead of rewarding those who do rigth and encourage the others. The only fact that getting the best mark (20/20) is nearly impossible because one should understand that, although it’s the goal, reaching it is impossible tells a lot. In the end, the ones thinks “I’m hopeless” and the others “let’s avoid the other”. The day when the performance of a group matters more that the performance of the best elements, they’re lost.

Since failure is final and unacceptable, the system does not raise people able to create tomorrow businesses or fix today’s they joi the workforce. And they behave with their colleagues the same way they did with their schoolmates or the professors did with them.

I already mentioned the subject above so there’s no need to elaborate that much. While, in many others countries, pupils tend to have extra-curricular and socializing activities, here the only thing they are supposed to do when not at school is…doing schoolwork. Even on weekends. Anything that looks too fun, too enjoyable is not supposed to have room. In fact, what is considered in many countries as an age of innocence is considered here as an age an ignorance. Guess what are the consequences on the whole system.

What about “personal development” ? Work first…you’ll think about this useless and time wasting things once you’re adult and have a job.

Of course, I focused on some downsides in purpose and there are things in the system that are more positive. But we need to understand that those who’ll work, run, manage and create enterprises does not become new people in one day once they leave the education system. So, since enterprises and even the society are looking for new values, talents and skills to reinvent part of our world, we should remind that they will only be able to rely on what our education factory is designed to produce.

I let you enjoy this old video. It’s essential that the young that leave the education system are able to make the most of this reality instead of crashing into it like in a wall.

It would also be interesting to have a look at the skills that will be needed in 2020…knowing how long it takes to fix such a broken system.

The levers needed to build tomorrow’s society and enterprises will be behavioral. They imply an educational system that teaches new behaviors, new values, more openness… We’re already paying the high price of inaction.

Are you really ready for all cases of remote working ? 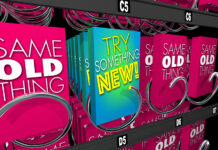 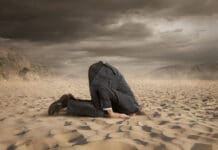 The employee experience is a customer experience like any other…or should...

How to organize for remote working?