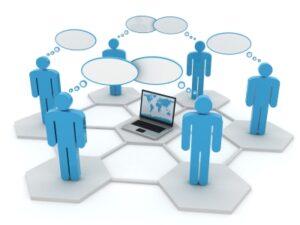 After McKinsey, Pierre Audoin Consultants issues their report on the state on social collaboration in Europe. If also offers a comparative vision of how things are doing in France, England and Germany and provides a very sound analysis that matches with what practitioners actually see on the field.

On the first things highlighted is the large range of needs that make businesses deploy a social collaboration solutions. From reducing email to coordination, including key resources location, the list is long. Nothing new here but the differences between countries is worth having a look. If email reduction matters a lot in Germany, french prefer to make their department more attractive towards employees. It’s quite obvious that if english and german have a very operational view (coordination, processes, execution), french prefer the soft side : attractiveness, onboarding, gathering people. The numbers are so different that we wan wonder if France does not only see social collaboration platforms as vague communication and promotion tools and in no way as change tools.

These differences are clearly detailed in the report : german prefer process efficiency and networking, english go-to-market and customer relationship and french motivation and engagement. Suprising french expectations as we seldom see HR departments being highly involved in such projects….or maybe the purpose is to do HR without the HR department ?

Such differences are not hard to understand. An operation and activity based approach implies a deep managerial change, a work that goes far beyond adoption and aims at transforming day do day work, the way things are actually done. And, regarding this matter, France is the country where managers are the less involved and the more distant towards the project. Window dressing is welcome, questioning habits is not. This point reminds me of many discussions I had with German fellows who we surprised by the french focus – and even the hysteria – on community management while they where themselves focused on bringing social in the flow of work. Don’t forget that, most often, the proper of communities is that it’s based on voluntary participation, is above the flow of work. Since they’re a new layer that adds to the existing without impacting, transforming or replace it, they allow not to question the operational structure. QED.

And some habits die hard since France is the country where employees have le lowest level if autonomy (and in really worrying proportions).

Moreover the most common barriers are employees lacking autonomy and of active involvement of managers, whatever the country. An open culture does not change anything since the problem is structural. If “culture eats strategy for lunch”, an irrelevant system will always beat culture. And it’s essential that managers adopt social collaboration not only as users but as managers.

One more thing on culture : the use of social networks and social web services is not promoted at all in France, contrary to Germany and England. Since the difference between countries ranges from a factor 3 to 5, it’s the evidence of an impressive gap in the acceptance of these new services and practices.

Main fears are about security : data security and knowledge leaks are the biggest concerns whatever the country even if, if France, the matter is secondary regarding culturalÂ  issues. No one sees acceptance by employees as a major concern what, in my opinion, must often lead to surprises when the need for sense and alignment has been overlooked. On the french side, the major concerns are cultural and lack of support from CxOs.

For the french, social collaboration is not related to getting things done

There’s another point I often see in real life but have never seen being mentioned in a report before this one : the primary success factor of social collaboration projects is….specific security rules and tools. Are businesses paranoid ? Not at all. I even see employees raising such concerns : the reason behind is the need for clear rules and not leaving the platform in a grey zone where no one knows what to do and what behaviors may put them at risk. The integration of social collaboration platforms with document management ones, communication tools and business applications is also seen as critical.

But there again, the divide is quite obvious. The need for security is a major concern in Germany (86%) and not in France (36), english believe on social data analysis while german and french pay few attention to this point. As for integration with document management platforms and business applications, it ranges from 31 to 41% in Germany and (please take a seat and breath deeply before reading what follows….)…..10% in France.

To end, only 60% of projects are part of a coordinated strategic plan at the enterprise scale. 40% are driven at a department or business unit level.

The conclusion comes with no surprise : England leads, Germany is vert close, France lags far behind. Not because there’s no interest towards this matter in France – the number of projects says the contrary – but because France’s cultural software is outmoded.

Once again, this reports fingers with lucidity and objectivity on this upsetting truth. Poorly involved management beyond discourses, poor employee autonomy, window dressing projects that don’t question the system and the rules : social collaboration is a “trompe l’oeil”, a cosmetic project that hides outmoded structures that don’t want to reform themselves.

The potential in France is impressive as the number of projects suggests. And businesses are aware of their limits and insist on the need for being accompanied by seasoned partners, most of all at the strategic level. That’s a point I can’t disagree with even if, on the field, I find that the strategic dimension is too often neglected, that business move too much and too fast to a software based approached and accompany tools more than they accompany a strategic plan what leads to a focus on employee adoption rather than management transformation.

Anyway, this Pierre Audoin Consultants report is very well done and brings lots of valuable information and insights and is with no discussion the most objective, lucid and pragmatic document I’ve read on this matter these last month. A must read.