Enterprise 2.0 and Social Business : from ghost cities to the catacombs 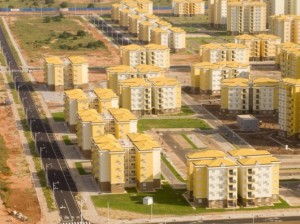 Enterprise 2.0, social enterprise, collaborative enterprise or social business : all these initiatives seem to be doomed to fail or end in a dead-end. That’s what I can learn from many talks I’ve had with practitioners and experts these last months. That’s also what anyone can see on the field and is confirmed by analysts.

It’s surprising to realize that the large majority had waited so many years to realize that but later is always better than never. Now that nearly everyone has their eyes opened, it’s time to ask the right questions. Was the promise realistic ? And, if yes, where do we fail ?

I think that the best way to sum up the situation is to start by reading this awesome presentation by Emanuele Quintarelli.

Salmons and Ghost Cities. Challenges and solutions for the Social Enterprise – Social Now 2013 from Emanuele Quintarelli

The promise was actually realistic. Favoring the emergence of agiles patterns making it easier to mobilize and develop intangible assets (because that’s the point, nothing more, nothing else, either talking about collaboration, employer branding, recruitment, marketing…) is mandatory to be successful in today’s world. So if the value proposition was realistic and the results still lacking, the problem must be elsewhere. Skimpy vision, lack of leadership, and devastating focus on technology.

From Social Networks to Social Business

In the last 6 years what drew attention and focused energies was enterprise social networks. Any business had to deploy one and make employees use and adopt it. It lead to focusing on the visible part of the iceberg, forgetting that to have this part floating over the surface there was an invisible part, counting for 90% of the global mass. This part is not about tool adoption but organizational transformation that requires a systemic approach. It’s the indispensable condition for actual, effective and productive adoption of enterprise social networks.

That’s also confirmed by the 2013 Digital Workplace Trend by Jane McConnell. The digital workplace as a work environment able to support such initiatives is a transformation project, not an incremental improvement of the work environment.

The dead end anyone can see today is not the failure of a new model. That’s only the acknowledgment of the limits of what’s nothing more than a tool and which qualities need a specific context to deliver make the promise come true. A good reminder that :

What we’re seeing right now is the rise of the understanding that enterprise transformation is much more than counternatural adoption of any technology. Unfortunately, many businesses did bet a lot on technology to avoid transformation and that’s why today’s reality is not always nice to acknowledge. But now that the Pandora’s Box has been opened, better go as deep as possible.

Once we’ve come aware of that we can’t do anything but admitting that adoption was an ill-chosen and even uncalled-for term. User adoption was the presentable outer garment that make employees carry the full weight of change on their shoulders, in or even against a system no one wanted to change.

So Emanuele Quintarelli rightfully said that we’ve built ghost cities. To see these cities coming back to life we’ll need to start by cleaning up the catacombs.

Seeing less and less new cases showing significant progress, lots of practitioners wonder where to go to learn, benchmark and find things that will help them to move forward. The answer lies in the previous lines : since a social network is nothing more than the unifying layer of what’s happening “under” it and at its periphery, means for improvement will be find in verticality.

I already mentioned those means by the end of last years and tied them with a system approach (also read here and more from Oscar Berg). To be more specific I think that the matter will move towards these new fields :

That’s a kind of impressive construction site. It’s about the management of employee’s life-cycle, from recruitment (and maybe before) to leaving (and maybe after). It includes talent development, learning, evaluation, engagement, motivation etc. That’s about practices in first place before being a matter of technology even if the HR software industry is moving fast. Much faster than business practices.

If businesses want to mobilize people and knowledge, make it possible to learn on the job, and make the most of employees generated information that’s to make decisions. Better and faster ones. As a matter of fact even solving a problem, finding a solution is, in some ways, a matter of decision making. That’s a large field that has to do with communities (a little), collaboration (a little), management but also processes and project management, and, new at the party, social analytics,Â  indicators, big data and cognitive computing. That’s both a technology and human challenge.

Either considering the work environment or customers, that’s a transverse matter that is much more complex than simply turning traditional applications into mobile ones. It means understanding a new paradigm and reinvent things that were taken for granted in terms of work environment and customer relationship.

That’s a key field but it looks like that’s the one very few people want to deal with in the context of enterprise 2.0 or social business programs. Certainly because of culture and ownership issues. At this pace there are more chances to see the “social process” issue tackled by people in charge of business activities than by social leaders. Anyway, this matter will slowly drift. Because of the – even minimalistic – integration of business applications into social platforms (as well as the reciprocal) or because processes and structured activities will become more and more flexible over time either by people’s will, fate or the blurring frontier between social and processes.

That’s what businesses should focus on. Less exciting and appealing that community management (by the way did you notice that there are less and less talks on this matter) but it’s urgent to switch back to serious matters. In the end you’ll see lots of old topics surfacing again because if the approach changes the matters are still the same.

So we can expect really new approaches, compared to what we used to see at the time where, as a single and isolated tool, the social network had to generate its own need and uses even if it lead to going round in circles. Now we’ll be able to focus both on descending approaches (from social to the rest), ascending one (from business to social) and find use cases in places we were not used to look at. It may also involve new people, stakeholders, and even vendors and products. It means we’ll attend business practitioners’ return to grace instead of tech ones.

What will help us to move forward is having these two worlds meeting and melting. The other option is to stay in dead ends.