Is the chief data officier the new ROI guy ? 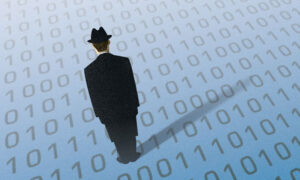 The digitalization of society make new jobs emerge. Among them the Chief Data Officer (CDO). The chief data officer is responsible for the governance and utilization of data as enterprise assets.

There’s no need for long talks on the importance of such jobs in the organization since we realize to what extent data are becoming the fuel of business and their good utilization a key competitiveness factor. Of course there’s nothing new here and, for example, data mining has been around for a long time. But the context has changed.

Data have always been around but their importance is new

First it’s about the nature of data. Systems of engagement added to the good old systems of records and businesses have to make sense of their soft, qualitative and unstructured data.

Next point is technology : we now have the means to deal with such a volume and perform natural language processing, which allow to make sense of unstructured written data.

Last point is the importance of making the most out of data. Because we’re in a word where exceptions and change are the norm and, in absence of ability to foresee, businesses need to understand what’s happening in real time and try to predict what’s going to happen. As a matter of fact, businesses can’t content themselves with foreseeing (based on sentiment, intuition and limited rationality) while prediction needs the understand and utilization of patterns and is based on facts. Facts that can be numbers or not, but are tangible things.

What’s at stake – and I’ll elaborate more in some future posts – is to be able to process hard and soft data together, feelings and numbers, find how they interact, correlate, impact one another to have an informed and realistic view of the situation at a given moment, try to predict the impact of decisions and measure this impact in real time.

The impact of data is obvious for marketing departments that are, by nature, the place where this new discipline will spread. I see Chief Executive Officers taking central roles in organizations in a very short time for another reason : they’re the only ones able to square the circle that’s to say demonstrate the ROI and measure the impact of new practices and behaviors in enterprise social network and in the context of enterprise 2.0 or social business programs.

As a matter of fact, what’s the big problem with the ROI matter in such programs and, generally, with performance of programs aiming a improving performance through new practices and behaviors ? It’s that it’s impossible to tie qualitative things (actions, sharing, content) to quantitative ones, to hard data. To prove that a tangible improvement measured by a quantified indicator is the result of a behavior. To state that a new practice impacts the effectiveness of a process. Or to confirm that when a topic or a feeling spreads it impact the performance of the organization. So we use to reckon that such behavior will have an impact on a quantified business indicator and even if it seems logical from a theoretical standpoint, it’s unprovable and the extent of the impact can’t be measured.

We can even push the logic forward in the HR field by using sentiment analysis and business indicators jointly. The best way to justify and manage well-being programs or identify concerns that have a direct business impact, either positive or negative.

The measurement of the performance of social programs and tools, of social business, makes it vital to identify the patterns that help to correlate behaviors and business indicators. Period.

The Chief Data Officer : the only one able to measure what matters

Who’s able to do this today ? Who have the tools and materials ? The Chief Data Officer, of course. This is a still overlooked side of this job that can make chief data officers become the new “ROI guy”, the one ables to measure what things actually are and allow to make decisions based on facts and not on intuitions.

And maybe tomorrow, when we’ll discuss these matters, we’ll hear people say “we measured” instead of “we reckon that”.

“In God we trust. All others must bring data”.

For years, remote working has been expected as a deliverance, especially in France where the lag behind other countries was notable. But...
Read more
Employee Experience

IBM recently produced a study on the transformation of the HR function and how to accelerate it. This study was produced in...
Read more
Employee Experience

Employee experience is not a support function but a business function…

Few things are as experience-driven as training in the employee's life cycle. Because it's something that we receive thus...
Read more
Society

Why is the french COVID tracing app a failure ?

Just under 10 million downloads at the time of writing. A figure that for the French market alone would be a success...
Read more