The problem with effective collaboration: it makes people useless 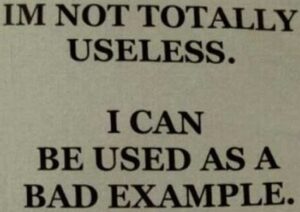 That’s the paradox of collaboration : there are few ideas that are as praised and as difficult to implement, even by its more passionate advocates.

A couple weeks ago a tweet generated some buzz on twitter. It said that the web was destroying jobs, backed with numbers t: Kodak had 14.000 employees, Instagram 13. QED.

That’s a too easy shortcut. If Instagram embodies an evolution of the way people do things, an evolution Kodak has missed, the comparison ends there. But there’s something true : a business that makes the most of the collaborative and participative capabilities of the social web needs much less employees than those who dont to achieve better results.

The most obvious evidence can be seen in marketing and customer mobilization activities. A good use of social media can easily pull many assistants of your marketing or communication department out of job. Same for customer service : what makes the low cost model of some mobile carriers possible is the transfer of their support activities to a customer community.

We can even push the logic beyond and consider the development of business activities without the help of the usual players. Crowdfunding that g makes it possible to avoid banks, is a very self-explanatory example. An invisible, digital, connected, spontaneous second economy is raising and does lot of harm to the tangible and visible one we’ve used to know.

The end of intermediation and coordination activities

Intermediation and coordination activities start dying out at the moment effective collaboration is achieved. Some may retort than if some jobs disappear, others are created and that’s true. But the replacement rate is far from being 1:1.

And if there’s a place when coordination and intermediation roles are overcrowed, that’s the enterprise. Moreover when businesses are asked what they expect from better collaboration the answer is often the same : more fluid coordination, less intermediaries between those who have needs and those who can meet them etc. That’s the same as the never-ending debate on the future of manager, from being a driving belt to a facilitator : the job of manager won’t disappear but will change. But one thing is sure : it will decrease from a quantitative standpoint and the large majority of those who used to be nothing but gears will be useless. Easy to say as an outsider but harder when you need to ask people to fully engage in a project which consequences will be to them useless without any other alternative in sight.

I’ve already heard some people say “I’ll be successful the day I’ve made my job useless”. But one needs lot of self-confidence and a sound vision of future to assume such words. Note that these people make a clear difference between them and their current job. This raises the question of employability, versatility and resilience. But it does not overshadows, one again, that there are very little chances that the new activities generated by the change will replace those that will be destroyed with a 1:1 ratio.

That’s all for raw facts. Now it does not make us forget that better highly scalable collaboration will help to create much more value and that the actual question is to learn how to tie incomes with activities instead of work. In or outside the organization. Because the idea of making one’s job useless to join a participative economy that does not pay is not appealing for anyone.