The future of enterprise (#1) : the status quo 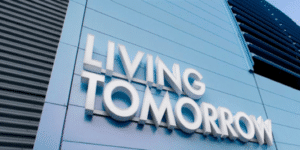 The future of enterprise and management raises lots of suppositions, fantasies and concerns. The current model is defective and that’s a point no one discusses. Not transforming is a danger but the hypothesis on which future models are based are at least as worrying because of the amount of unknown and risk they imply.

Facing the loads of predictions and propositions that arise, here are a couple of scenarios for the future from my own thinking and that don’t bind more than the author’s imagination.

In this first post I’ll discuss status quo as a possible solution.

Status quo as a model for the future may sound surprising but that’s often the one businesses choose until they’re up against the wall. People tighten the elastic, hoping they won’t be on duty anymore when it breaks. It may be a deliberate strategy or an accumulation of climb-downs while change is wanted : the top management may want transformation but, as the initiative does down the hierarchy, people prefer window-dressing actions and reluct at putting their hands in the dirt and tackle sensitive matters.

So status quo can dress with progressive words and even social business or enterprise 2.0 ones. That’s the case when a project aiming at making the organization enter a new value creation era ends without any deep change (decision models, processes, evaluation, job description) and only relies on users adoption.Â  Understand : their capacity of going against the system, internal rules and even management, hoping that it will slowly move the lines without having to officially assume change.

That’s a solution that may work for a long time. FirstÂ  because, despite of its limits, it helps to hide the lack of systemic and cultural approach. Second because it makes people think something is done, what is a way to manage expectations. Last because as long as no business really finds the Graal and successfully implements a whole new model – what’s the case today, many are groping around but none creates a real gap with competitors – there’s no noticeable impact on competition. So, since no one leaves the competition behind, competitors can easily justify their waiting-game. And even

So why not contenting oneself with this option ? Why is it not the future ? Because one can be a market leader without being economically performant. One can be a leader and struggle at the same time. This model is doomed to fail for three reasons.

– a return on assets (ROA) close to zero. We’re in a knowledge, information and intangibles economy. Because they lack an effective way to leverage the right assets, businesses saw they ROA dropping 75 percent from their 1965 levels despite rising labor productivity. Without a structural renewal aiming at better using, developing and leveraging intangible assets, the trend is going to strengthen as our world becomes digital. Businesses will draw less and and less value for more and more expensive investments on their strategic assets (people, knowledge, reputation, innovation). Either it will be enough to make them collapse or they’ll try to find elsewhere the profitability they don’t have on their core business. By growing a financial bubble for example…

– transactions costs that are too high : Ronald Coase taught us that one of the reasons why enterprises exist is to lower transaction costs. As a matter of fact it’s more profitable to internalize an activity than to buy the product on the market. At least, that was the case at the industrial era. Today the transaction costs related to knowledge, ideas etc is higher in the workplace that outside the enterprise. This is caused by organization heaviness, hierarchical stacking, silos etc. Without a structural transformation, businesses will collapse under their own operation costs while information has become their new fuel. They won’t be able to compete with businesses that will drastically reduce their internal exchange costs or adopt a decentralized model, refocusing on vital functions, or a pure player born from the web and networks economy that will decide to tackle a legacy market.

In a knowledge economy, internal transactions costs should be close to zero. Today they’re a weight, a burden. If things don’t change, businesses will lose the very reason why they exist, at least under their current form.

– a defective value creation model : the servicization of economyÂ  – fact that customers don’t buy products but services that may include products – change the concept of value. Value does not depend on the product itself but the value customers draw from it and on customer experience. Once again, current structures and operative models don’t meet the necessary conditions to build a customer experience and a level of service customers will value enough to make enough marking. Just keep in mind that once a business has lowered its costs to the maximum, customer experience is the only way to increase margins.
So status quo is a model that aims at defusing expectations but is not viable on a long term range. First because it puts a business at the mercy of the first competitor that will manage to transform. Then because even in the case of lack a competitive breakthrough it leads those who adopt it in a “lose-lose” model where market leadership will prevent financial failure.

Do other models exist ? There are plenty of them, with their pro and cons. We’ll discuss them in future posts.

Once you have become aware of what employees really do at work and have identified all the factors that generate frustration, pain...
Read more
Digital Transformation

Which company does not nowadays claim that customer orientation is its main concern? I wonder what they were thinking before. What we see, in reality,...
Read more