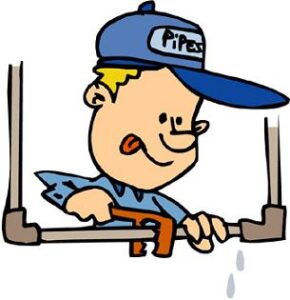 The point everyone agrees on when it comes to digital workplace is the “all in one side”. A single place to work whatever the activity, action or tool is. A single point of entry. A single place for all employees. What leads to a logical question : should it be a single tool ?

As a matter of fact there are two options here : using a single tool or a bunch of specific ones that will need integration.

Choosing a unique tool is, at first sight, the best way too make things simple and coherent. No need to try to make many tools co-exist, guarantee of a coherent user interface, easier and faster deployment, a single provider. Most of times it will be a CMS or a portal that has added social capabilities over time with functionalities allowing to go beyond communications and become a tool to get work done. In some cases we can see social networks with CMS capabilities but it’s more rare. Besides some undisputable upsides there’s one major downside that’s common to all the tools that try to do everything : trying to do everything roughly well often leads to being good at nothing et deceiving everyone.

The other option is to choose a specific tool for each need. CMS, social network, ECM etc. That’s a best of breed approach. At first sight that’s the exact opposite of the expected result since it means ending up with a myriad of different tools. So integration is needed. First from a functional standpoint (make tools able to interoperate and exchange without breaking the flow of work), second from a user experience standpoint, providing an unified one that give end users the impression they’re using a coherent whole and not an assembly of applications. But note that the swiss army knife won’t prevent from having to do some integration because in both cases there will be a need to integrate with business applications.

That’s an opportunity to come back over a frequent misunderstanding. We we talk of a single entry point, that’s from an end user’s point of view, not from an IT one. What is confirmed by end users when they are surveyed : what they complain about is not having to do with many tools – on the contrary, they like to have tools that do only one thing but do it very well – but it’s the terrible user experience it causes. Having, for an unique task, to juggle with two or three tools and windows, transfer information from one to another, enter the same information in multiple tools. What matters above all in the digital workplace is an unified user experience rather than a single tool.

If the Swiss Army Knife provides, for each need, an user experience and capabilities that are better than a specific tool, then it’s the best solution without discussion. But, in practice, that’s never the case : it often excels in its core field (what it’s been designed for at the very beginning) and, for the rest, ranges between “not bad” and “poor” for any other need. So it’s a very acceptable tool in average but that’s very disappointing for end users that have to abandon a tool they’re used to – what’s never easy even if the new solution is better – and have to with a functional regression. That’s impossible except if we consider that a given need prevails (CMS for example) and that “almost good enough” will be acceptable for the other needs and that it does not matter if, at the end of the day, nothing changes in the way people get work done. That’s a frequent discourse at businesses that does not believe in collaboration, either social or formal, or networking : as long as the CMS works for internal communication and ECM is pretty good, the rest does not matter. But it comes with an actual risk : users with specific needs will keep on introducing shadow applications under the radar in addition to the swiss army knife and, in the end, leave the digital workplace because what matters to them is elsewhere.

It’s possible, of course, to keep the swiss army knife for what it’s good at – and only that – and add specific tools for the rest. That’s exactly what the best of breed option isÂ  about.

From this standpoint, this second approach is richer but raises a couple of issues. The integration work may be colossal and complex. A good opportunity to stop postponing the social urbanization work if the IS but it supposes the organization has time, resources and the vision to do so. A major intranet redesign project is a great opportunity to conduct this urbanization. But what to do if this needs emerges consequently to a project – let’s say the deployment of a social network – and was not planned and even desired from the beginning ? Going step by step may be a good option. Having a clear long-term vision does not mean launching a colossal projet that will need a couple of years before end users see the result. It’s better to start with the end user’s needs : what does he want to see when he launches his browser ? Then – and it will be different in all organizations – integration will be prioritized depending on their criticality. For example : social network, ECM and a critical business application, then the search engine, then another application…

(The return of) the revenge of the portal

Starting with the enterprise social network may be a good idea because it can be an unified entry point to collaboration and business alerts and actions, and even more if it’s possible to bring email in. That’s much better than the existing but still imperfect from a digital workplace perspective that should display information from different sources with a coherent interface. The solution may be and old controversial rock star : the portal.

Portals have suffered from only being the place where organizations push their communication content with some rare links to external services and, for this reason, have been slowly abandoned by users and then by organizations because of their high cost regarding to the traffic they generated and the poor value delivered to end users. They now have the opportunity – maybe the last one – to make an impressive comeback. If businesses stop seeing portals as the container for their CMS and use it to expose the information and tools that make a digital workplace, in an unified and coherent environment. As businesses are trying to open more to partners and customers, portals may also be used as the interface, the filter that will help pushing some information outside and become an unifying place for all the stakeholders.

Previous articleBusinesses have lost track of value creation
Next articleWhen Bugdet is not Power anymore : the end of HiBOO