When Bugdet is not Power anymore : the end of HiBOO 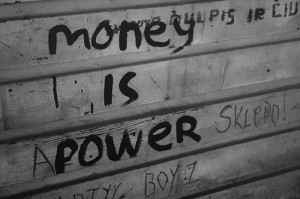 That’s so logical that we can’t imagine things could change. Yet some old habits will soon experience tough times.

First of them is often refered to with the acronym HiPPO (for “Highest Paid Person Opinion). The opinion of the one who makes the most money. An opinion, with all the irrational that comes with and the idea that someone makes a decision based on feelings, intuitions and not on facts and data for the only reason that his pay slip allows him to. Fairly paid people need data and facts, highly paid ones can rely on their own opinion. That’s not rational but have been working for ages.

The end of HiPPOs is near as says Andrew McAfee. It will come with the predictive capabilities of Big Data and Cognitive computing. Decisions will be backed with tangible and objective data, not with one’s pay slip. When objectivity is back in the decision making process we can get rid of excesses caused by opinions and feelings backed with nothing tangible. A cultural shock, an uncomfortable personal questioning for some but except for companies who like denial this change is going to happen.

Another system is going to die : HiBBOs, an acronym I use for “Highest Budget Owner Opinion”. A killing syndrome.

â€¢ Because HiBOO has nothing to do with relevance

â€¢ Because HiBOO leads to excesses : people try to be the biggest and not the most effective, they spend “end of budget lines” for nothing at the end of the year to justify their need for the coming one because less budget means less power. The power-driver approach that comes with HiBOO leads to local and not global optimization with all the power games we can imagine in the backstage.

But HiBOO is doomed to disappear in organizations as they are emerging. First because the need for agility, coordination, sense making will lead to split current structures into smaller ones. Anyway, economies of scale are dead in the post industrial economy. Then because the need for subsidiarity will take budgets closer to the field. An example ? In 2017, CMOs will spend more in IT than CIOs. So CIOs will soon experiment a situation that will spread to the while organization. Will IT departments matter less ? Not at all. They only will have to be more relevant, show its contribution to business, provide support and advisory. But it’s sure than their budgets will decrease.

CIOs aware of the situation are already moving forward. Expert, light, LEAN, their department understands that their value was not depending on what they have and spend but on what others are doing with them (and not against or because of them). As for others they lose more and more money and time to justify and increase their budget, thinking that’s the only way to weigh on the organization. Until the day when… An evolution that’s neither simple nor trivial but looks unavoidable.

Don’t believe this situations is proper to CIOs and that it’s their fault. It’s proper to any department, any business line and we except the same shifts to happen everywhere. HR then others will follow and we’ll see budget deconcentration. From the center to the periphery, the fied, operations and created value. What does not mean decentralization : allocation will come from the top, not utilization.

The center will continue to weigh but differently, and with other arguments.