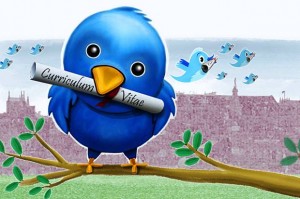 Will the growing importance of data make resumes obsolete and revolutionize recruitment ? That’s, at least, something many people expect from the big data revolution.

What is the resume reproached for ? First to provide a static view of people and their skills while social networks like Linkedin offer a more dynamic one, highlight their network, recommendation etc. Second because it’s proven that most of resumes are wrong, sometimes by mistakes, sometimes as a result of a forgery. Then because it does notÂ  help to understand the personality of a candidate, what is key to check if he would fit in the company’s culture. It should be the role of interviews but they often come too late in the process to save candidates that have the right personality but a resume out off the beaten track.

So that’s not the first time we’re promised that web and social technologies will hep to go beyond resumes and even replace it. That was, in fact, one of the assumptions of the HR and Recruitment 2.0 in 2005/2006. And, as a matter of fact, we had lots of evidences that candidates keeping their profile update on professional social networking sites, sharing thoughts ans insights in these networks or through their own blog or twitter, joining their professional communities online were giving recruiters more means to have a more qualitative understanding of their profile. Lots of profiles emerged and attracted recruiters even if they were not looking for a job, while their resume would not have passed the HR cut. From my experience, it seems like candidates identified in a “social way” usually take less time to go far in the recruitment process because recruiters had means to understand who they were before meeting them so there are very little surprises and casting mistakes. At this point, resumes and cover letters become anecdotical. But such systems suffer from a major problem : they’re not scalable and don’t work for mass recruitment.

That’s when data can play a role. Or rather Big Data that allow a deeper, faster and more scalable approach because, in fact, data have been around for ages. What was missing was and operational and effective way to process them. What’s the promise of Big Data today ?

â€¢ A better understanding of a candidate’s personality and profile because of their digital footprint. If, at the very beginning, such approaches were designed for marketing purposes, it’s easy to understand what can be made in the HR field to assess affinities between employers and candidates.

â€¢ A verification of resumes veracity made easier by cross-checking data from many sources.

â€¢ An ability to identify talents beyond resumes (and sometimes despite of resumes).

â€¢ An ability to predict the future performance of a candidate by comparing his profile to similar ones the company had records about. By profile I mean rich profile : education, recommandations, networks, personality, affinity, digital footprint etc.

â€¢ An ability to be more proactive on the market because big dat will make it easier to identify passive candidates, who are not actively looking for a job a the moment.

It’s all about relevance…and ethics

Of course these technologies are still in their infancy and unequally relevant but it’s easy to guess their potential in the HR and recruitment field. And to worry about their potential. Regarding privacy and relevance. If algorithms are relevant it’s ok, if they are not and lead to wrong or biased analysis the problem will be huge. If experimentation is acceptable in the marketing field it has more sensitive implications in the social and HR field.

Moreover these systems will have to be as transparent as possible not to be seen as discriminating. In this case, the fact everything will be based on data and facts will leave less room for arbitrary decisions in the process even if, in the end, there will be an human decision with the limited rationality it implies. If there are actual concerns, I find less reasons to worry than with Social Performance Management, which I consider is the Frankenstein of HR. A well structured approach to data will always be better than having armies of recruiters browsing social networks randomly, missing information and not processing all applications with the same accuracy.

Resume : from a candidate’s document to a recruiter’s dashboard

So, is the resume about to die ? Yes and no. In fact it’s already dead since recruiters use social networks and the web to perform additional searches. If it’s not anymore the cornerstone of the process it used to be, it’s still limited and causes mistakes. That’s what should be fixed.. Resumes don’t die but change nature. Resumes won’t be a document a candidates sends to a recruiter but a dashboard the recruiter will have, gathering data shared by the candidate (why sending a resume when you have a Linkedin profile ?) and predictive indicators on affinity and performance based on data analysis.

Job interviews will also change to become more qualitative because there will be less and less mistakes beforehand.

The “Data resume” is not the future because it’s already around and will improve over time. The right questions is rather on the role it’s given regarding the maturity of technology and ethical concerns since, as Jon Ingham says, if the promise is appealing, the results are yet not convincing.

Previous article
Social Business : success does not matter. Impact does.
Next article
Your strategy needs to be adaptive and opportunistic