Your strategy needs to be adaptive and opportunistic 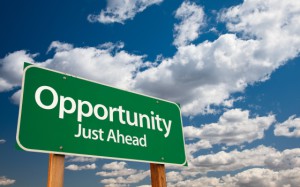 In a fast changing world, businesses are getting tangled up in their strategy. A strategic plans follows another that had even not been achieved because the context has changed and make it irrelevant. That comes with two major downsides : by continuously being “in between” businesses are never specifically somewhere and employees are getting lost and unmotivated by this because of this linking of turns that never ends that makes them feel that nothing will never be achieved.

Strategy is not a destination but an enabler

The mistake may be that many consider strategy as what leads from a point A to a point B. If A is known, B never stops moving, so planning to reach it – or taking one year to plan and 3 to get there – often makes businesses arrive at the right place while…this place is not the right one anyone. The destination is a matter of tactics, strategy a matter of how the destination is defined.

If Semco is a successful company that’s often cited as a model because of its innovative management practices, some a very uncomfortable with the fact Semco is proud to not have any strategy. In fact, from my view, Semco has a strategy : making any future possible and its strategic plan lies in its management principles and the “Semco way“. With such foundations the company does not need to have a strategy, at least in the traditional meaning of the word, something that’s set up, executed and updated if needed. Strategy is built and executed continuously as a background task, it’s a shared day-to-day activity that’s demystified. What allow employees to their energy on what matters : execution and action.

So we can say that Ricardo Semler wrote his company’s strategy one for all the day he set up the principles that have never been changed or questioned since then.

In the same kind, I like to watch this speech John Chambers gave to MIT students again and again. He said that the principle underlying the new organization he was building (even if the system did not work as well as expected, proving that communities without goals and accountability were not sustainable) was to be able to catch market transitions to make the most of them. In other words, in a fast moving market, rather than predicting, a business needs an agile structure allowing to identify opportunities as they appear and come with a response (product, organization, business plan) as soon as possible.

Behind all these initiatives there’s one reality : the sustainable competitive advantage, which has been the Graal of CEOs for decades, is dead. Competitive advantage now lies in adaptiveness. What as lots of consequences on what a strategy should aim at building :

– a business that’s connected to its environment, able to detect trends, make sense of it by exploiting data and unstructured information in real time.

– a business capable of mobilizing its expertises according to these trends to come up with an appropriate response.

– a business where learning is a collective and connected activity that works at scale.

– a business designed for innovation, creativity and emergence.

– a business capable of reconfiguring itself depending on the responses he’ll put at work.

That’s very close to what is also called enterprise 2.0 or social business but this approach shows things in a new way not everyone gets yet. Businesses don’t need a strategy to become a social business or an enterprise 2.0. They’ll become so because their strategy will make them become learning, responsive and adaptive.

Previous article
Here comes the data resume
Next article
Is the Cloud compatible with a platform approach to social IS ?