Is the Cloud compatible with a platform approach to social IS ? 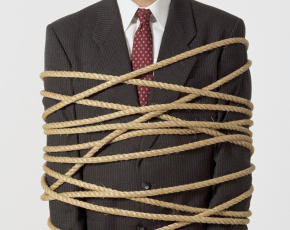 Is the Cloud, which has been so helpful to make social business initiatives blossom, becoming a limit to their success. That’s a legitimate question and me may even fear the answer.

As it’s been already discussed, the enterprise social software or social business market is dramatically changing, moving from a tool market (enterprise social network) to a platform one. That’s where Saas becomes the victim of what makes it successful.

Even if connectors and Appstores are blossoming to make enterprise social networks more integrated in a coherent whole of which it’s only the visible part, problems appear when it comes to perform deeper integration with the existing. As a matter of fact, Saas needs extreme standardization, and that’s what pleases users with plug-and-play apps that make connections easier to trigger than ever. But what works in the consumer web has limits in the enterprise world.

As a matter of fact, corporate information systems are :

â€¢ heterogeneous : no one is and will ever be 100% IBM, Microsoft, SAP, Oracle, Salesforce or other…

â€¢ specific : many business applications are “home made” or applications that have been customized to some extent that they have very little in common with the original product. At least for what makes them valuable. That explains why businesses are often far from being eager to make any change on them.

Neither standardized nor uniform. The exact opposite of the Saas model. So what had to happen is happening.

According to an Oracle study, 50% of companies have abandoned the use of at least 1 departmental cloud app in the last 3 years due to integration problems. If the easiness of the cloud helped to start lots of initiatives, integration problems lead to substantial delays or even made companies abandon projects.

Don’t throw the cloud out with the Saas Water

I would like to put these numbers into perspectives. Cloud is an catch-up word used for many different things that roughly have one thing in common : the infrastructure does not belong to the client. So we should not put all the clouds in one basket and, as for what I seen if IaaS and PaaS models perfectly work for ambitious projects, problems mainly comes from Saas. So don’t inveight against the cloud but consider each cloud model with its pros and cons. At the beginning of this post I easily switched from Cloud to Saas, which is a simplistic likening but is also an easy reflex if we’re not careful.

The source of the study can also be questioned. Despite of recent announcements, Oracle is not a major player in this industry so they may benefit from worrying businesses more than necessary. But this is an actual concern no one can avoid since we can’t ignore the feedbacks that show that Saas has limits.

Of course there’s the exception that proves the rule : Force.com by Salesforce. But in fact that’s no exactly the case : there’s still a need for deep standardization and this ecosystem is very open…to its members. That’s an appealing and successful approach but it will often have to deal with the heterogeneous nature of information systems except if companies want to get rid of all the legacy vendors they’ve been working with before and all their existing systems (an even data). What is, in fact, what Salesforce expects.

What does it mean for businesses ? First don’t abandon the cloud because it’s the model for the future. Second, have a precise understanding of the extent of your project and where it’s supposed to lead you in the future to choose the right delivery/hosting model. That’s where Private cloud / PaaS will make a difference. because there’s often no way back except if you accept to lose all your data.