The problem is not markets but organizations’ internal complexity 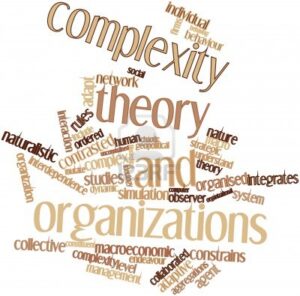 Business often say tough markets account for the major cause of their problems while their actual problem is their own internal complexity. While this is not surprising, it’s the conclusion of a recent study by Bain & Company.

Market exists, the problem is how to tackle them

First point, one that goes agains many current clichÃ©s : there’s no market problem. Surprising when you hear businesses moaning about the context ? Not at all. The problem is not that market are tough but that they move fast, turning what many see as an economical problem into an agility or resilience one. Markers move fast, emerge in unexplored zones, grow fast, get mature and decline faster than ever and the challenge is to be at the right place at the right moment with the right offering. The leaders, those who’ll make the most of the cash cow will be those who’ll arrive first, those complaining about how tough market are being the laggards.

The extreme shortening of cycles is a game changer : while it used to be possible to be a little late, the maturity stage being long enough, there’s only room today for leaders and fast followers. The late majority and, even worse, the laggards will only find crumbs and will have to fight hard to get a few while others have already moved to new emerging markets with unexplored fields of value.

This takes us back to something I recently wrote about : the end of sustainable competitive advantage and the dawn of adaptive advantage.

The major problem of business running out of growth lies in their internal complexity and their incapability to quickly adapt, get market transitions as John Chambers said and all of this because of their own complexity.

What the Bain & Copany study shows is the need of a “Great Repeatable Model” a business can reuse on any market to quickly become effective and able to operate. But is this need for repeatability in contradiction with the need for adaptability ? Not at all.

What the study says it that there’s a need for a model that can adapt to any market and situation. As said in the above-mentuoned post, it’s more about a framework of practices and principle that are part of the company DNA than a rigid process to apply as it is. That’s clearly said in the study : non negocialble […] well-defined core principles that are widely and easily shared within the company. Once again it’s about the idea of making some come principles mandatory what is seldom the case in many digital and social transformation plans that hardly go beyond preaching.

No adaptivity without scalable learning

Last but not least, the organizations that managed to free themselves from their internal complexity are those who developped a learning model that allowed them to adapt faster than their competitors. One more evidence that light, flexible and scalable learning models are key to competitiveness.

That said, we can discuss the relevancy of poiting complexity as a problem. Complexity is something natural we are forced to ackowledge and is not a problem by itself provided a systemic response is given. Once, again, it’s a matter of will. What I see as a major barrier to adaptiveness and resiliance is rather complication. Complication is much harder to tackle because it’s not the result of the nature of things but of people’s past will and actions. As a matter of fact, people, humans,Â  hardly admit they have to deconstruct what they took decades to build and pile up, things they often built themselves and have been rewarded for.

Previous article
Big Data : why you’ll love to hate it
Next article
Why collaboration with customers and partners is a complicated matter