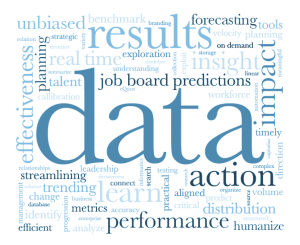 You must have noticed that Big Data has escaped from the technology field to become a business matter that impacts both the business, human and operational sides of enterprise evolution.

I can already hear voices that raise and say “we’ve been working hard to promote humans through social and collaborative approaches for years and what do we end up with at the end ? Data ! Appaling !”.

Data is the future of social

Nevertheless it’s clear that the future of social technologies lies in data. No to replace the former uses of these technologies but as a consequence of the success of social computing. As a matter of fact if accumulating tons of unstructured information is good, making something of it is better. And there’s a stage when thinking that end users will manage to make the most of all the available information is illusory.

Even more, as a proof of maturity, decision making is now in the field of social, in addition to communication, learning and collaboration that have been around from the beginning. Decision making is not a matter of interpersonal contact or access to raw information but needs an aggregated, quantified ans unified vision relying on the identification of correlation schemes and emerging patterns that show how data impact one another. By the way, let’s make something clear before going further : no, bg data is not only about unstructured data even if this is the only thing the social industry seems to focus on. Big data works for both structured and unstructured data and – but it’s another subject – its force comes from the capability of dealing with both at the same time. Moreover McKinsey was already right two years ago : this is the next frontier for innovation and productivity, barely explored fields we’re just learning to exploit.

Last, the “data approach” is still people-centric. As a matter of fact a large part of data is generated by people and, in some ways, big data allows the reconciliation of their knowledge, feelings, actions and results and helps to have a better knowledge and understanding of people, less fragmented and based on facts and not feelings and intuitions. In some ways, Big Data is Big People, both from a quantitative and qualitative standpoint.

Big People also because Big Data leads to the idea of an augmented users, better equipped to grasp the complexity of their environment and the patterns that drives it.

Last but not least. Big Data is only a generic word that covers a lot of fields and seeing it as massive data processing only is a big mistake because the value is in the following steps that allow to move from data to information, to added-value insights that help to make better decisions. Between data and information there’s interpretation, an activity where humans are still leading. If the promise of cognitive computing is to make machines able to learn and interpret, machines will have to learn from human as Watson does by learning from doctors and nurses as they interact to better diagnose cancer.

The difference between data and insights is people

We often say that the difference between a desert and a garden is not water but people. It’s the same for data and information or insights. 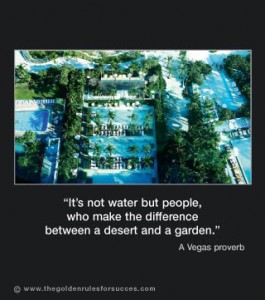 Last, keep in mind that it’s an human discipline before all for one good reason : we don’t manage information but we manage people through information. That’s much better than relying on impressions or biased feelings, provided data are exhaustive and clean.

Previous articleWhy collaboration with customers and partners is a complicated matter
Next articleAre MOOCs finally neither open or massive ?