A change management lesson with Uber and AirBnb 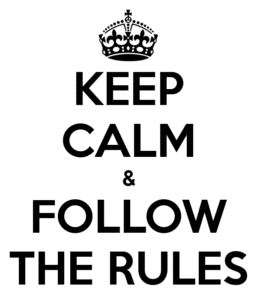 Many project and change leaders face the same situation when they have to roll out a social business or enterprise social network initiative. There are high expectations from employees, people like the initiative, it meets a need, the top management finds the idea brilliant, but nevertheless comes a moment when things get stuck. Despite of the early-days craze old habits strike back. Despite of a well tailored adoption program, users turn their back on the social initiative they were themselves asking for.

To understand what’s happening, just have a look at the consumer web and more specially at two brilliant and promising services : Uber et Airbnb. They both delight users, everyone praises their model ) – except the leaders of the industries they’re removing the dust from – they embody the future of economy and despite of that… There’s no suprise that those they want to put off their pedestal are angry and want them out of the market. What’s interesting is what they do to survive to these game changers and why they sometimes manage to slow their growth down.

Months ago, a judge determined AirBnb was illegal in New York. No matter one likes the arguments and the manner or find the decision ridiculous, what matters is that from a very factual standpoint the service was unlawful. The law way date from times when such services where unthinkable, may be irrelevant to our economy but the point is the law was in force so judges had to enforce it regardless of anything else. And that’s the same means taxis are using to prevent Uber from gaining new market shares.

So it does not matter the economic model is promising, that these companies bring real solutions to actual needs, that users are delighted and that anyone on earth sees they are inventing tomorrow’s business models. The judge spoke and Airbnb will be illegal in New York until the law changed. It makes everyone sad – except the ones they are challenging – but as long as the law does not change we’ll have to find something else, go back to old habits. So bad. But the show must go on and people won’t sleep in the streets waiting for a new bill to be passed.

That’s exactly what happens within organizations.

Businesses have their rules. Some formal and written. Others implicit but at least as important as the latter. Others are related to culture. They form a system that makes that at given point, one will adopt given behavior, will make such decision and not another, will work in one way and not another. Most of change programs that come with Social Business initiatives, with the bringing-in of social technologies in the workplace and the new ways of working they imply used to rely on users adoption, that’s to say convincing them that the approach was good so they had to change their behaviors and carry the weight of change alone while nothing was done to change the system, the rules. By doing so they put themselves at risk towards those – and they’re many – that don’t see the benefits of change or prefer staying in the comfort zone that’s status quo.

There are lots of talks on middle management as a barrier to change. But isn’t it logical that when rules and goals do not change, managers in charge of meeting them does not accept that employees go the opposite way, against the rule, even if they’re following exhortations from the leadership team ?

I made the comparison between an organization and a country where people would be ask to change behaviors while keeping the the laws that forbid these behaviors in force. That’s exactly the situation we’re facing.

What Uber, Airnbn and many others teach us is that the most obvious, logical and wanted approach will always struggle against opposite rules. That does not means the approach is wrong, only that rules need to be changed. If nothing is done in that way, those who don’t want things to change will even come up with new rules to protect themselves even more…as it’s happening with taxis in many countries…

A situation any change leader should think about twice.

Previous articleAre MOOCs finally neither open or massive ?
Next articleOne Microsoft : why they may get things really right