One Microsoft : why they may get things really right 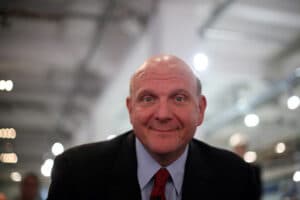 Unless you’ve spent your summer on Mars, you must have heard of the reorganization announced by Microsoft. “One strategy, One Microsoft” : that’s how Steve Ballmer explained the urgency to move to a product based organization to a function based one involving all product lines in a cross-organization approach.

Now, with enough hindsight and once nearly everyone shared his opinion, here are my two cents on the matter.

In this post I won’t see Microsoft as a software vendor or a major player in the field of Social Business but a company like many others, acknowledging the situation they face has nothing special today and that, no matter their industry, many companies will have to face in same in a close future.

A less clear organization from an HR standpoint

The move from a divisional organization to a functional one is everything but easy. According to Ben Thompson, that’s a bad idea. First because such organizations work better when they have very few products (like Apple), then because the impact would be terrible for employees. As a matter of fact a functional organization does not have a P&L by product or initiative, everything being seen at the level of the entire company. Direct consequence for employees : the new Microsoft will need more specialists and less interchangeable generalists that will climb up the hierarchical tree as they meet their goals and whose compensation is highly related to their objectives. In short less money, less possibility to move up in the hierarchy (and slower). Last point : a divisional organization makes people more accountable because of the P&L while functional ones don’t, because of the nature of the system.

That’s true but not a problem.

Such an analysis focuses on employees, not on the company nor on the customer. What is system favoring careerism worth if it’s to the detriment of the rest of the company, of customers, of stakeholders ? Nothing. On the other hand a functional organization is customer and solution driven rather than product driven. While needs are getting more complex everyday, a functional approach help customers not to drawn in product silos and get the more coherent and integrated solutions, possibly involving all product lines. Accountability is not a valid point either : it all depends on where the measure and incentive are put. In the case of a functional organization it will be on customer satisfaction and created value while in the other case it will be on nothing but sales numbers, regardless to how perennial the customer relationship is of the real value delivered to the customer.Â  What does it mean for a software vendor ? Not having,Â  for a single customer need, many competing offers that largely overlap but have differentiating points. Or products partly complementary, partly overlapping and not being fully compatible and integrable the one with the other

From this point of view, the critics are not valid. It’s true that the system requires a new way to manage careers and compensations and, potentially, requires new profile. But it does not mean it’s not valid or accurate. Most of all, no one can disagree on the fact that the search for a local maximum always happens to the detriment of a local optimum and that there’s no better way to kill collaboration, cross-silos work and even innovation than strictly allocating resources on a silo-based fashion. In short a divisional organization measures its own success, even to the detriment of customers and stakeholders, a functional one measures its success to the value and benefits it creates for others.

I agree it may be disturbing for those who used to built their own success to the detriment of other business business units. It’s also true that accountability will be more on long term and requires employees that value different careers models and paths. But it does not mean it’s bad for the business and, on the contrary and from a customer value standpoint, it’s much more promising and that’s what matters. It’s the end of a business model that makes business having such kind of relationship with customers :

So let’s talk about value. Like many other companies, Microsoft is trying to make the most of the potential of Social Business. Not as a software vendor – that’s not the point here – but as a business. And what’s the purpose of such approaches ? Not to multiply communities like others multiplied bread, not to turn anyone into a “like” maniac regardless to impact but to “be better at mobilizing and developing intangible assets in the context in their business processes“. What leads to issues related to cross-organizaton work, performance measurement, management, resource allocation ect. Technology will come after. Maybe the story will even end with a single intranet for all employees. This issue about mobilizing and developing resources is central to Microsoft’s organization approach. Mark Gene perfectly nailed it : Microsoft’s reorganization is only about how they manage resources. The move from the Taylor to the Knowledge and Services era. It’s not about moving people from one box to another but about a change in business models.

A value creation model before all

So everything looks perfect. Microsoft follows the Apple way (an organization that helped Cupertino to really hurt Redmond) or even the IBM’s one (a matrix organization in a company that has been reinvented in the mid 90s to meet a new market context with the success we know).

I won’t go that far. There are still many pitfalls to avoid.

First because we have few examples of successful functional organizations with a lot of products. That’s why many large companies (GE, IBM), mix both approaches. It needs a subtle and not obvious at all mixture but it exists and is called matrix organization. When products are very different, maybe a functional approach within separated entities may work. Maybe Microsoft will try to handle B2B and B2C separately….what would make no sense in a context of workplace consumerization. By the way a good example of success for Microsoft would be the day a customer shares a need in e-learning or serious game, comes to the sharepoint unit, and en the end 80% of the solution will come from the X-Box Unit.

Then, as some mentioned, the system needs the customer to be locked in a 100% Microsoft environment to work. Unrealistic both on the consumer or enterprise market. But this is exactly where we’ll see if change happens. If a product culture survives, the risk will be high. If the solution culture wins, it will drive the product culture. In the first case R&D decides and dictates its choices, in the other it proposes but adapts to reality. In the one case it says “it’s all or nothing”, in the other “do we need open standards to fit in the customer’s environment ? Let’s adopt them”.

Then, last but not least, and that’s the consequence of the previous points, it’s an HR, managerial and cultural matter before being a matter of technology and sales. Product culture vs solution culture. New HR Models, new careers management, new profiles, new decision flows. It’s not without irony that the situation reminds me of what Lou Gerstner (IBM) said when Big Blue was facing a similar (or even more critical) challenge.

I don’t want to use the word reorganization. Reorganization to me is shuffling boxes, moving boxes around. Transformation means that you’re really fundamentally changing the way the organization thinks, the way it responds, the way it leads. It’s a lot more than just playing with boxes.

That’s not trivial at all. All the talent that exist in a company is not enough to get rid of History, culture, habit and adapt to a new vision and operation models. It will need 100% accurate change, accepting to lose talents, find different ones, forget a part of the company’s culture. Possible but not easy. But since it’s a matter of life or death… Remind of John Chambers comparing his company with a basketball team : some are good in a game system but become terrible in another. If changing the system is a matter of survival, it’s a no brainer.

The point is to know if One Microsot will be rolled-out in a self-centered way, in push, “because it’s us and that’s our decision” or by looking at customers and say “we do this for them”. Between the two options lies the gap between success and failure.

As you must have understood, One Microsoft was only a pretext for a post, but a pretext with a good timing. Replace Microsoft with X or Y, with some slight differences related to the industry, it’s a dilemma any large business face. And all will hit the HR, managerial and cultural wall.

Like many others before, like many others after, Microsoft decided to change and is acknowledging the reality principe. The vision is lucid but it does not mean success will be there : organization balances will have to be found between divisions and functions (as matter or fact, the One Microsoft vision is only a new buzzword for matrix) and, most all all, they’ll have to upgrade and even change the more sensitive operating system ever : the human one.