Let’s talk about the ROI of email. (Yes..it matters) 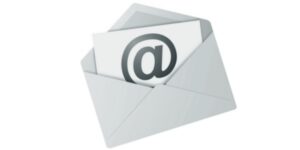 Because of the lack of sound arguments on the ROI of social technologies in the workplace – of because the discourse that should come with may not be very popular -, the ROI of email is often used as the ultimate argument with an unanswerable question :

“But who cared about the ROI of email ?”

Followed by the unavoidable conclusion : if no one did that for email, why bothering us with the ROI of social technologies and, above all, of enterprise social networks.

The about-turn is easy and comes with two downsides. The first is thatÂ  it helps to avoid a question we’ll have to deal with one day. Tangible improvements exist. At least potentially. Not achieving them is not a matter of technology but of use case and work context. The second is that it prevents from questioning the ROI of email what may lead to making the same mistakes again and again.

But first we have to admit that email arrived in a different context. It was bringing a major novelty that was not replacing anything. I filled an empty space while current solutions have to find their place in an overcrowded landscape. While email only needed to bring small benefits, new social technologies need to come when a comparative advantage.

Had we dealt with the ROI of email, we would have made a place for social technologies

Then, and that’s the main point, if we have thought about the ROI of email we would have made a better use of it and it would be easier to justify complementary or alternatives solutions today. Let’s take this well known use case.

Now let’s be serious. If we had tried to assess the ROI of email based on its use cases, this one and many others would have been questioned. This would have led to one conclusion : benefits are real but, in some cases, email can also be the worse solution because of the waste of time it generates, phone calls of even meetings being less time-consuming and more productive. Then use policies would have set as the ones we set today for social networks and social technologies to bound the spectrum of use. So a large part of the need would have stayed unmet what, paradoxically, would have made it easier to bring new technologies a dressing specific issues in the future.

Stop praising ourselves on our mistakes but correct them

So refusing to discuss and find measurements forÂ  the ROI of social technologies because it has not been done for email is irrelevant. That’s precisely because it’s not been done for email that it’s so hard to justify social technologies today. It would be more reasonable and responsible no to make our past mistakes again instead of praising ourselves to turn them into principles.

Previous articleLinks for this week (weekly)
Next articleDigital Economy : Towards an actual valuation of digital assets