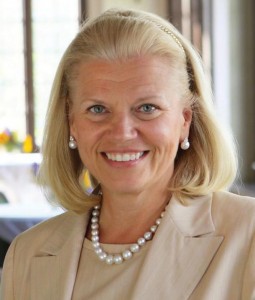 The Social Network is the new production line

This sentence from IBM’s CEO is in line with many of my thoughts about what was called Entreprise 2.0 in the past, Social Business today and I don’t know what tomorrow but is nothing more than the Graal businesses have been looking for for decades (remember Peter Drucker…) to deal with the issue of productivity, production and people management in an economy based on the production and use of knowledge.

To be more specific and keep things in context, Ginni Rometty used the expression twice in the same speech.

In a world where value is shifting rapidly from things to knowledge, knowledge workers are the new means of production. And it follows that the social network is the new production line.

So what’s a production line ? A definition found on Google :

The production line reproduces the actual areas of flow or repetitive manufacturing in the system. It is, as a rule, a collection of several processing stations and is structured by the line hierarchy.

Some thoughts in bulk.

â€¢ The idea of production line is presented as tied to repetitive manufacturing activities while we know that today’s challenge is to deal with non-repetitive activities, others having been optimized for long. It’s about “BRP” (Barely Repeatable Processes), not ERP (Easily Repeatable processes). What proves the interest of a new kind of production line designed for a new context. It’s not about the old, unsuccessful and disparaged approach aiming at make everything fit into ERPs but, on the contrary, to design a production line for BRPs.

Social Networks : a production line for non-repetitive and intangible activities

â€¢ Opposing two visions of social networks, the “water cooler” one and the “production line” one is very interesting for two reasons. First because social networks as been shown as the new water cooler for too long, giving them an unflattering image that’s has done more harm and good and making too many businesses still refusing to see it as a work tool.

Value lies at the crossing of knowledge and production activities

In short, value lies at the crossing of knowledge (conversations) and business processes. That’s something anyone should keep in mind when thinking about possible “use cases” and chosing a solution that must easily integrate with the ones that support the processes in question.

The social network is the new production line because it’s the place where knowledge meets business processes, allowing to start ad hoc, flexible and opportunistic activities around this processes to improve their execution. But it supposes a productionÂ  approach to digital and social transformation.

â€¢ A production ligne gathers production stations. Once again we can learn from the analogy : the social network is not the place where only information is generated, what is a too restrictive vision. That’s also the place where it’s used and managed, what implies a production/execution approach that lacks too often in use cases.

â€¢ The approach is not limited to internal social networks. External ones, consumer ones, allow to deliver services, information through interaction and even cocreation with customers. For some functions (customer service, marketing, sales, recruitment….) being on social networks is being on the field.

When employees take ownership of the production system

â€¢Last point : “knowledge workers are the new means of production.”. I can already hear voices saying that people are not “means” or resources. But they are and there are consequences. Means of production have always been king in the manufacturing model. Capital, the machines for which heavy investments were made because they were key to production, productivity and profitability. On the contrary, individuals have always been seenÂ  as costs, an unavoidable pain whose variability and irregularity was the weak point of any process (even if things may change in the future). Seeing people as production means may be an awkward word but it’s the recognition of their central role in production, considering them as investments and not costs. And since we know that the productivity of knowledge workers is a matter of engagement, it can justify new HR approaches, less dehumanizing ones.

Previous article
Links for this week (weekly)
Next article
The digital workplace : a reality, a scorecard and many challenges