[Quote] “Tell me how you measure me, and I will tell you how I will behave” 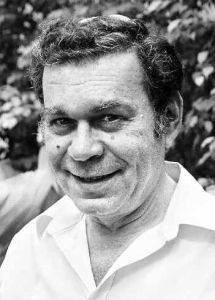 Eli Goldratt
That’s a quote anyone should have in mind as companies are trying to change the way work is done, to give a boost to collaboration, agility and transverse work in new organizational models.
Nobody likes change. That’s a given. So organizations are trying to find more and more inventive ways to make people accept it. They try to make fun even if it means making style prevail over content, employees are turned into ambassadors, a lot of communication stuff is done make the new model fit in the old and still alive one, and change focuses more on peripheral activities so the sensitive core business won’t be impacted.
But the most sensitive matter in change management, an almost taboo one that is often considered as “something we’ll do if there’s no other solution” or even ” it’s its the only way to be successful we’ll give up” is measurement, evaluations and in many cases the bonuses that depends on.

Don’t ask people to collaborate if they know that, in the end, there will be a winner and a loser.

Years ago a friend of mine was in charge of a participative innovation and creativity program in a large company. He achieved the project successfully – at this time it became an emblematic case – and, as a reward, is offered to do something similar to improve collaboration within the sales department. After having weighted the pros and cons he decided to decline. There was only one reason why he made this decision : sales people were getting bonuses based their individual numbers. The best gets the biggest bonus, the second the second etc…

The question was : is it possible to make people collaborate to the detriment of their own interest ? What was it stake was their wage, their future career. Is it possible to ask the most talented sales person to spend time to help others to importe if, in the end, it lowers his own performance and his contribution is recognized in no way ? The answer was : don’t even think about it !

Note : when asked, the HR department sais that changing the rules of the game was something he should never dream of.
On the contrary, I’ve seen a sales director who set up a system to reward those who helped others so sales people would be comfortable with allocating their time differently. At the end the sales people performed better as a team without any loss for those who helped their colleague to improve their work.

We often hear that employees are irrational in face of change, that they find thousands reasons to refuse it. I do not agree. I find them very rational in fact : they have a job description, goals and indicators to measure their achievement. That determines their salary, the progress of their career, their reputation. It’s sensitive enough to explain why they don’t want to shoot themselves in the foot despite of the effort made to make them accept the change. The irrational ones are the organizations : they set objectives, processes, job description and are surprised to seen employees stick to them while being exhorted to do the opposite.

It’s also true with middle managers. When they are measured according to how much they make their staff profitable, to use every single minute of their time, no one should expect them to say “ok…take 30 minutes to share this in the best practices community and don’t forget to share ideas in our crowdsourcing platform”.

Employees are not likely to do anything in temrs of change : they do what their are hired and pay for, in the most appropriate way according to the “rules”. So we can talk endlessly about gamification, passion, rely on ambassadore…it’s a tangible, undisputable, logic and rational truth what will ever beat any initiative.
But we also see businesses that reward one’s contribution to the other’s success, that have resource and time allocation rules that lead employees in the right direction.

Evaluation and measurement are key in transformation projects

But if employees are rewarded for the wrong things, for doing the exact contrary of what the company would like them to do, it’s not an adoption problem. It’s an alignment one.

One of the founding blocks of a managerial approach to change is to make each level understand how to make change possible for the level below. The question of measurement must involve all the management line, from the bottom to the top.