Unless being in bad faith no once can say that HR have been particularly brilliant in the “enterprise 2.0” or “social business” field until now. If, of course, it will always be possible to find some examples proving the opposite but (and specialists agree on this point) they are nothing but the trees concealing mournful forests.

So we used to be satisfied just with having themselves on board, in the core team, having them leading being just expecting too much.

This was confirmed by many studies, one of the last being the Digital Workplace report by Jane McConnell, which I already commented here. Jane recently focused on the role of HR in such projects and nicely sums up what many observers think : the role of HR as the link between the company’s ambition and employee’s constraints is more than obvious. In a necessary systemic approach it’s easy to see that the key success factors mainly depends on human resources. Building a context where change makes sense to all, putting an end to the measurement and compensations problem is their call. But years passes and nothing changes.

That said we should not make hasty appraisals. If the situation is unfortunate, it’s in fact logic and easy to explain.

1Â°) Often seen as a technological matter, enterprise 2.0 ans social business seldom were assigned to HR. And, in many cases, everything has been done to prevent HR to step in an break the dynamic. Until the day everyone understands what it’s really about…but it’s usually too late.

2Â°) It’s a function that’s rather conservative by nature. The core missions of HR are so sensitive that no one should expect them to focus on anything until they are completely done with them.

3Â°) HR don’t have smaller budgets than IT or marketing. Once they’re done with pay, recruitment, training etc…. there’s not much left.

4Â°) You can’t expect someone to spontaneously take the lead on a matter that’s not in this scope. It’s easy to complain that HR look more like personnel management than human capital developement but we can’t ignore the roadmap they’re given the kind of profiles that boards assigned to HR regarding to the role they think being theirs. Those who should be blamed are often “above”, sometimes at the board level…where HR are not always represented.

5Â°) No one can say that HR are tech or web savvy. But that’s also the consequence of HR programs at universities. Things are changing but it will take time until today’s students become CHROs.

But the picture is not that dark and even without being too optimistic I’ve the feeling that things are really changing. And this change has a name : digital transformation.

We started talking about enterprise 2.0 around 2006, mainly focusing on technology despite of experts’ warning. Too early for HR and out of their scope. The best evidence is that in the few cases where HR were really driving the change, it was at companies that have been working on rethinking management for long, had a vision, and HR took the lead because they saw technology as a lever and not as a project in itself.

Then social business came. The difference with enterprise 2.0 ? Social business made the link between the inside and the outside, learned from the failures of technology-driven approaches and was more about transformation than using new kind of tools. HR showed some interest but the lead was already taken by others and they were at the beginning of their learning curve.

And now that the new buzzword is “digital transformation”, I see HR more and more in my radar, leading ambitious initiatives.

But first lets define what digital transformation is. I’ve read tens of definitions to eventually decide that the one I was the most comfortable with was mine.

Digital transformation is adding HR to enterprise 2.0 or Social Business

Why ? It took time but businesses finally understood that it’s a matter of culture and mindsets. Even if processes also matter, the latter are designed based on a vision of business and of production/execution models. What takes us back to the starting gate. 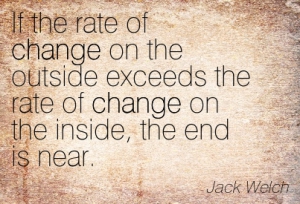 The discussion moved from using social media in the workplace to the wider matter of businesses facing a digital wave that takes everything on its way. So its nature changed. The “how to collaborate better” become “how to avoid digital Darwinism”, meaning that businesses that are slower at embracing digital change than their external environment are doomed to die. A paradigm shift that helps to take the lead. No only the sentiment of urgency exists, it’s on their fields, they had time to learn, and it’s about their core mission.

Unless they were very mature, things were not easy for HR in the past. Making people adopt a social platform with direct and side benefits for HR but with the requirement to have line on business adopt it first for operational purposes so it would make sense for end users was very uncomfortable. Today, the landscape looks better : HR seem to be embracing cultural transformation and the digitization of mindsets. What is exactly their role. Even the customer orientation which is a founding block of a digital culture can’t happen without their help.

The role of HR is not to reinvent how everyone works in the organization, in every LOB, at every level. It’s to build the foundation, the fertile ground, the contact that will help business initiatives to beÂ  successful. Exactly what was lacking until now. Exactly what many HR departments are trying to do today.

Making use of what’s more than a new buzzword and is a new step towards maturity, RH seem able to play their role in digital, seem to want it and seem to have the necessary leadership.

Keep your finger crossed, because nothing says there will be a fourth chance.

The future of work will be designed for humans