Will HR be the first downgraded of the digital era ?

Some time ago I wrote that digital transformation was a real chance for HR to regain a foothold on a major matter that will decide of the future of businesses in the next decades. This post has echoed among many of my contacts in HR who see digital not only as an opportunity but as an obligation. “If we’re not in such programs, what are we useful at ?“.”How can we claim we want to contribute to the success of our business if we leave this field at the crossroads of social, humans and the evolution of work ?” are things I heard a lot.

And, fortunately, as I’ve written, I see more and more HR departments trying to proactively position themselves on this matter. Not enough, that’s sure, but that’s a noticeable evolution that goes in the right solution and me must encourage it.

In early July, it was precisely the topic of my presentation at the Social Business Forum in Milan. As I saw, saying that “Digital Transformation = Social Business + HT” pleased a part of the audience that thinks that HR is still the poor relation of the ongoing transformation. With a caveat : according to what my interlocutors and some journalists told me, it seems that de dynamic is a little bit weaker on their side of the Alps.

HR seize the matter but too slowly

If it’s obvious that HR have their place in this movement – and we’ll see in some future posts to what extent it’s aligned with their core business – that’s not a natural trend in many businesses : sometimes others already took the lead so HR need to make their own place on the stage. There’s no surprise here : that’s the CMO-CIO duet that’s leading, even if things are not easy for them too.

Every year I’m happy to go to Milan to watch Esteban Kolsky and R “Ray” Wang doing their show on the CMO-CIO relationship. Last year they showed how important it was important for them to join their efforts because even if they live in separate worlds with their own constrains, they both contribute to the same goal.

CMO vs CIO: Paths Forward to Collaboration on Collaboration – Ray Wang, Esteban Kolsky from SocialBizForum
This year they pushed the logic forward with the evolution of CIOs and CMOs toward “Chief Digital Officer” positions that are very trendy today. Titles change but the need to cope with opposite constraints to be successful is still there. That said, we can talk forever about knowing who, CIO or CMO, will take the lead, if Chief Digital Officers will replace them, if CDOs will be formers CIOs or CMOS, I found that there was someone mission in the debate : the CHRO.

HR looking for a place between IT and Marketing

So I had a little discussion with R “Ray” Wang to have his thoughts on the matter. And I fully subscribe to his point of view : HR won’t transform operations but they have to build the right environment so those whom it’s the business will do it in the best conditions. Their role is to take care of the cultural side of change and help those Ray call “Digital Artisans” to emerge, those who are going to pollinate within the organization. I’ll also add another point : recruitment and training : it’s urgent to recruit new kinds of talents and help the existing one to evolve and improve. As Einstein said : we can’t solve problems by using the same kind of thinking we used to create them. 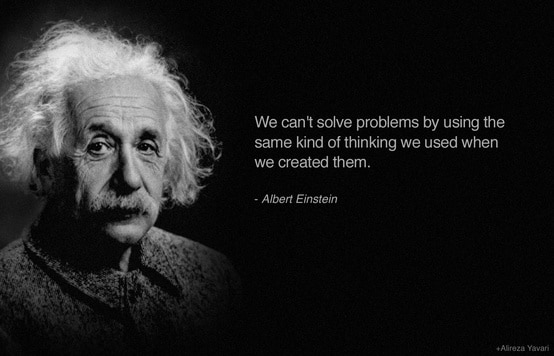 Who why are HR missing in the debate. I’d like to see a CHRO joining the CMO-CIO discussion. But, after having asked many people, I often had the same answer : except in some rare cases, CHROs will certainly miss the train. Either because the board won’t let them jump in, because they don’t want to (whatever the reason (not understanding the issue, fear of going out of a well known territory, lack of interest..). As long as we’ll talk about “Human Resources” and define their role accordingly instead of “People Officers”, it will be hard to move forward.
Not trying, not daring, not questioning is, finally, a comfortable approach whose role, and we must not forget it, is for a large part about critical issues like social regulation or legal compliance.
But what’s the risk of not doing ?
For organizations, moving on without HR is not vert risky. Others will take their place anyway. And as for the human side of digital transformation, it will be managed : HR profiles will join the Chief Digital Officer office instead of the HR one and it’s all. It will lead to frictions, a part of the “pure RH” work will be harder to achieve but, at least, things will move on and that’s better than nothing.
And what’s the risk for HR ?
HR are facing the same injunction IT did a couple of years ago. “Stop to ‘just’ make the machine run and show your contribution to the execution of our strategy, to the business”. “Become a solution provide, have a service approach”. “Show your added value”. CIOs have already taken this turn – sometimes easily, sometimes not – to avoid becoming useless or seen as such.

If HR don’t care about the living, who will ?

What will the CEO think of such an inertia ? “We’re talking about reinventing work, mobilize and develop talents at a scale like never before, reinvent the way knowledge is aquired and shared, we know that employees are our first ambassadors, our voice, we know that it’s about transforming our culture, the way we think, act and behave, we know we need to hire new kind of people, that the lack of digital literacy is a matter of exclusion and what the hell are you doing ? You just run the system to make sure it works like it’s being doing from the 80s, not deviate, protect it from change since our environment mandates us to move fast and continuoudly adapt ?”. 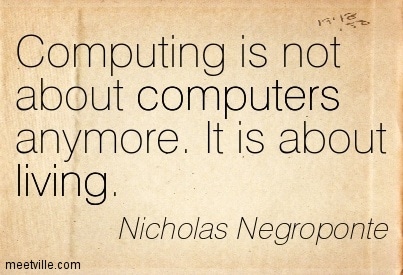 Nicholas Negroponte, from the MIT Media Lab says something that must wake HR up. Computing is not about computers anymore. It’s about living.
So the legitimate question from the CEO : if HR don’t care about the living in the company who will ? And if they don’t what are they here for ?

Hence the continuation of my Milanese conversation.
Human resources have their role to play but may decline or miss the opportunity and see a Chief Digital Officer or anyone else taking the lead on the human dimension of a transformation that’s cultural and behavioral before all.

So what about the future of HR ? Being downgraded. As Ray Wand told me “HR will stay because they are in charge of the legal compliance“. But the Head of HR may lose his vice-president position to become director or manager, lose its seat at the board. To report to who ? The CFO.

HR : the first downgraded of the digital era.

So, while we’ve been observing the fight for leadership between IT and marketing for years, the first corporate function that faces the risk of being downgraded in the digital era is HR.

I can’t imagine anyone can be happy with that. It would even be terrible. But no one can say the alarm signals have not been sent for years. Now HR are facing a door and they have to decide whether they want to open it or not.
I leave yu with this excellent video of Jamie Notter perfectly saying what many feel and fear. Therefore it’s up to everyone to act.
Previous articleCustomer experience is at the heart of digital models (Manuel Diaz)
Next articleLinks for this week (weekly)