Google and Alphabet : more transparent but DNA at risk

So Google has become Alphabet. Rather, tomorrow’s Google will only be about the company’s core business and the rest, mainly research project with an uncertain issue will be hosted by other subsidiaries of Alphabet which becomes Google’s corporate parent. 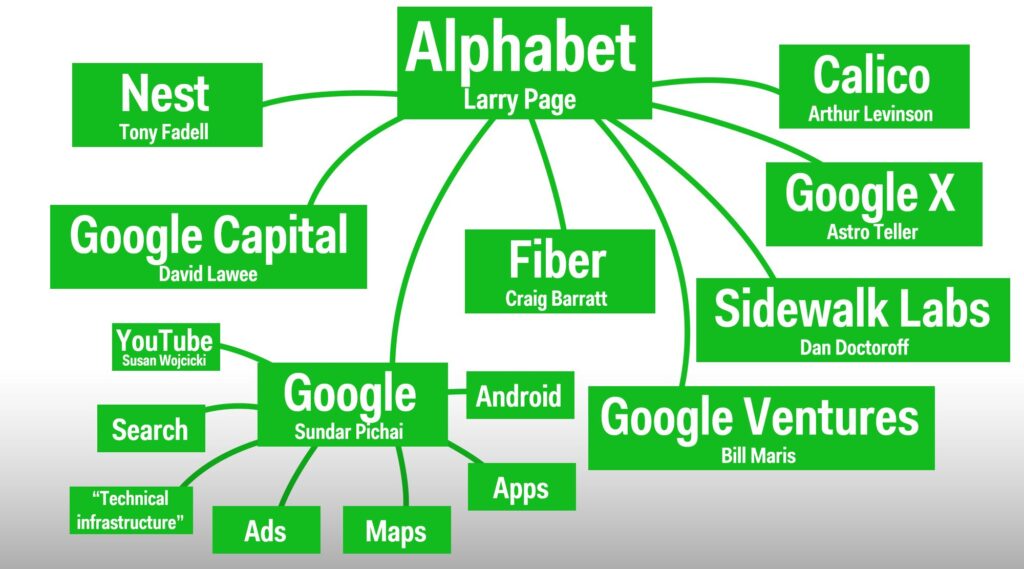 A kind of organizational and capitalistic game that may confuse people ? Not at all and that’s a good news : Google, or rather Alphabet, will become clearer than ever.

Google used to do many things in many fields. The company was innovating in many sectors, sometimes successfully, sometimes not. The level of investment was not very transparent, nor was the ROI. On the other hand the profitable part of company was difficult to measure since it was bearing the losses of the ambitious programs led in parallel. Something investors don’t like at all.

With such a structure Google will become more transparent. At least from a financial standpoint. It will be easier to understand how the core business is performing. There is no doubt that the share price will benefit from this move since this entity won’t have to carry the losses of other activities.

It will also be easier to see what google is investing, where and what it delivers.

From this standpoint Alphabet is not a source of confusion. On the contrary it will help to dissociate investment/research/innovation/incubation activities and mature business ones.

On the other hand, the organization logic is more questionable. By isolating each activity from an organizational and accounting (that’s the worse part) standpoint, Alphabet reduces the opportunities of synergies and cross organizational initiatives that have been very helpful to Google until now.

The model has, of course, upsides : smaller, more agile and innovative entities. That’s the model chosen by Warren Buffet for his holding Berkshire Hathaway. But Berkshire Hathaway has less than thirty employees and there’s no guarantee that Alphabet won’t become an elephant too big to keep its promise.

Let’s be clear : Google’s purpose is to build a transparent asset management tool that will help to raise funds, invest and disinvest. But the risk exists (and we’ll see that later) that it happens to the detriment of operational effectiveness and the ability to innovate.

Not sure the Google DNA will resist to Alphabet

Don’t fool ourselves : if innovation governance can justify this transformation, the may reason si to give transparency to investors. And nothing proves that Google won’t lose its soul in the game.

Today, innovation at Google works like a black box. At least financially. “We invest, we bet, we play and we’ll see… it’s not your business”. Remember Google’s IPO and the founder’s caprices, th refusal to give clear objectives to the market. These times are now over.

With a more transparent innovation, nothing says that investors won’t ask to reduce the innovative projects portfolio in a more drastic way than Google itself did over the last years. Nothing says that, seeing the amount of money invested they won’t think that it would be better used to raise their dividends.

Digital Economy french expert Nicolas Colin recently demonstrated that innovation and dividends never go well together [Post in French]. His words are totally in line with Hilary Clinton and Marc Andreessen’s positions statements. Investors want their investment to be remunerated at a fair level and that’s logical (but the debate is on what fair means). Businesses need a certain level of margins to both satisfy investors, employees and their need for innovation (but how many split the cake in three equal pieces and how many give the biggest part to the ones and nearly nothing to others). That’s a matter of survival. But some mistake means for ends : in other words we’ve never seen a business staying competitive, responsive and relevant over times while focusing on margins and dividends only. While they optimize their present they forget to prepare for the future. Thinking about tomorrow does not bring a penny now so it’s better to avoid it. We all know what happens in the end.

One more thing about the lack of managerial innovation, purpose and engagement that harms many traditional businesses today. Two reasons among others are :

– a strict allocation of resources that kills any will to undertake cross-company initiatives and innovation. The resutl of an optimized accounting-driven vision of a business;

– a “control-command” management style often pushed to the extreme since leaders can’t work on sensemaking and engagement. As a matter of fact one can engage and motivate employees based on an ambition that’s bigger than the economic side of the business but when only purpose is shareholder value that’s something hard to leverage because it has no impact nor it does make sense for employees. Hence a more directive approach to management to move things forward.

If the good will behind Alphabet turns into a purely financial approach that will be the end of Google as we knew it. That said, logic has already been on its way for a couple of years. While growing Google had to face the same challenges Apple, Microsoft or IBM faced in the past and it appears that alternative models were not that obvious. While growing old, Google has become more than a startup, a mature company that’s expected to do what other mature businesses do : give money to shareholeders and put the risk under control. Even if it means killing innovation and getting in line.

As suggested by Marc Andreesen, what Google is asked today is to have transparent finance et give high dividends. These dividends will help shareholders to invest in new young businesses like when former Dow or Nasdaq leaders helped to finance Google, sometimes at the detriment of their own ability to innovate.

The loop would be closed. The more things change the less they change. Sorry Mr Dylan.